Despite the snow and gloomy winter weather (depending where you are) it seems rather forthcoming to be already thinking about Coachella. However, any reminder of sunshine and warmer times is fine by me. With that being said, H&M have just unveiled a first look editorial for their second annual Coachella collaboration.

Featuring the likes of Hailey Baldwin and menswear favorite Luka Sabbat, the editorial exumes a carefree, laid back nature, which reflects the vastness of the desert in the backdrop.

The collection, offering both for men and women features a range of pieces from graphic tee’s, Bermuda shorts, spaghetti tank tops and the coveted ankle boot, worn by most at the festival.

Check out th editorial below. The collection will be available in stores on March 24th as well as on site at the festival. Coachella will take place in Indio California from April 15-17 as well as April 22-24. 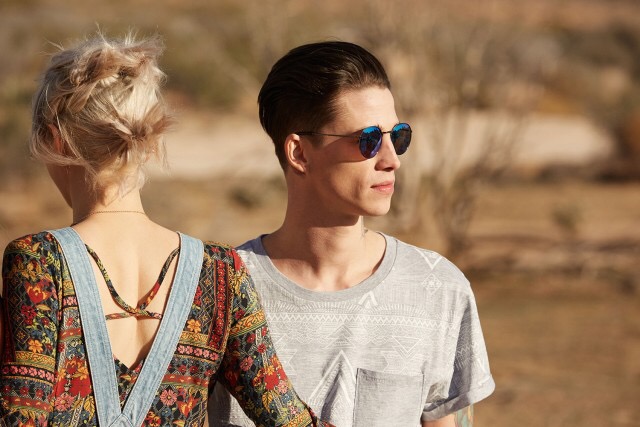